Whether you are a seasoned 3D artist or a complete beginner, knowing how to create interior visualization may be one of the most valuable skills you'll ever learn as a creative person! Each one of us knows someone who recently moved to a new place, refurnished their living room or is planning to rent an office. Every time we're dealing with an interior space, there's a need for visualizing its look before we begin purchasing the furniture, wallpapers, paints, etc.

Even up to this day a lot of people rely on hand-drawn concepts when creating the interior look. It's not a bad approach, especially during the earlier stages of the project. However, the further we move on with the concept, the more obvious it becomes that we need defined visuals of the space we're working on. This is where first problems start - it turns out that visualizing spaces in 3D requires some skill and knowledge...

That's why I've decided to create this course. I've been working as a professional 3D artist for over 10 years and the knowledge of making photorealistic interior visualizations was something I've always benefited from. No matter if you're creating interior space for yourself or the client, working on a product visualization or creating the trade show concept - it always comes down to the same principles which, if learned correctly, will hugely boost your creativity!

In the video below I want to introduce myself and invite you to make the first, but very important step, into learning the art and skill of interior visualization!


Whether you are a seasoned 3D artist or a complete beginner, knowing how to create interior visualization may be one of the most valuable skills you'll ever learn as a creative person!


I wanted to share the first chapter of this course completely for free, making it possible for you to learn a bit more about the style and format I wanted to use when passing the knowledge. As mentioned in the video above, the 3D application we're going to use is called Blender and you can quickly download it for free under this link.

If you're completely new Blender user or you're switching from a different 3D application, I've prepared an extra, step by step course to help you out and get comfortable with Blender 2.8 as quickly as possible. The course can be accessed completely for free by clicking this link. What you'll find there alongside with the videos are shortcut guides, exercises and practicing material so you can consolidate everything you've learned. If you'd like to view the course videos only, you can find the entire playlist linked down below:

If you're switching from another 3D software and already have the basic understanding on how this kind of applications work, you may find it interesting to learn about 12 Blender shortcuts I think every beginner should know about:


● 12 Shortcuts Every Blender Beginner should know

Blender 2.8 was released mid-summer 2019 and it revolutionized the software by introducing multiple new features, new rendering engine, and the completely new interface. In the next few videos, I want to cover the most important changes that are crucial to continue with the course. If you're a seasoned Blender user, you may jump to another paragraph where I'm describing the most important changes and shortcuts in a nutshell.

Probably the biggest change aside from Eevee Rendering Engine that happened to Blender 2.80 was complete interface change. It doesn't only look different, the keyboard and shortcuts layout you've probably memorized when working with Blender 2.79 is changed (almost) completely as well!

One of the most often used Blender features - the Edit Mode, had also changed a lot. Not only the toolbar on the left (T Key) changed completely, some of the tools were moved to completely new places. A quite drastic change to Blender 2.79 users but I personally think it makes new Blender much easier to get around for new users. In the end, we've also got many improvements such as entering Edit Mode with multiple Objects selected!

The biggest Blender 2.80 change in the field of Shading is, of course the, Eevee Rendering Engine. The introduction of Eevee brought a lot of freshness to Blender's viewport shading and also fixed the unclear system we had in Blender 2.79. Apart from Eevee, there's also a Workbench Rendering Engine allowing us to create beautifull, clay shaded viewport previews.

The Node Editor system for creating Shaders was also updated. We finally have Displacement input working as the actual displacement by default (the bump mapping has to be done by the separate Bump Node). Thanks to the Principled BSDF shader, we're also able to seamlessly use many Cycles and Eevee materials without the need of fine-tuning them between the engines.

To learn a bit more about quickly setting up the shaders in Blender 2.80 and switching them between Eevee and Cycles, check out this free video tutorial linked below.

A bit more technical update to Blender 2.80 is the completely new Outliner and Layer management system. We're now able to create an unlimited number of scene layers or, as we should call these now, Collections! We can name them the way we want, nest Collections within the Collections, create instances etc. The new system basically replaces Blender's 2.79 Groups as well.

If all the above material wasn't enough, I've created one more in a nutshell type of video, summarising top 10 most important Blender shortcuts and features you have to know. Below the video, you'll also find all the Blender interface shortcuts covered in the earlier paragraph.

Important Blender 2.80 Interface Shortcuts
Blender 2.80 replaced many shortcuts you've been probably using. In order to save your time, below I'm listing some of which are frequently used in this course:

I've started creating this course when Blender 2.8 was still in the stable, beta phase of development. At the time you're reading this there is already Blender 2.81 available for download, with cosmetic interface changes, some new features, etc. In the video below I wanted to quickly cover the main differences between the Blender beta version I was using when recording the video material, and the versions you'll be probably using months after this course was released.

Blender 2.8 Beta
Please remember that you can download the exact same, Blender 2.8 beta version I've been using while creating the course. It is linked in the last paragraph of this chapter for both Windows and MacOS.
Mac OS Installation

Even though the course is created on Windows OS, it is totally possible to follow it one MacOs as well! In case you have problems with installing Blender on Mac, please follow the video below where I'm explaining the process:

MacOS Shortcuts
The keyboard shortcuts I'll be using throughout the course should in most cases work exactly the same under MacOS, as they do under Windows OS. However, they may be some slight differences here and there and I wasn't unfortunately able to prepare the separate guide for Apple users...

What you can find down below are the exact same Blender 2.80 versions I've been using when creating the course. Please keep in mind that, if you've already installed the newer Blender 2.8x version, you may need to completely remove it, in order for the included 2.80 version to work correctly!

Download the interior images we use later in the course from the links provided here, here and here. 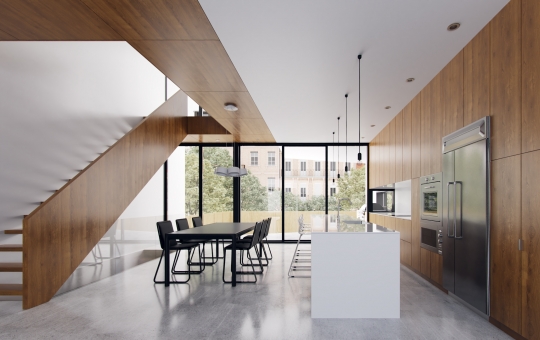 FREE First Chapter of the Blender 2.8 Interior Visualization Course will cover the most important changes that were implemented to Blender 2.8. 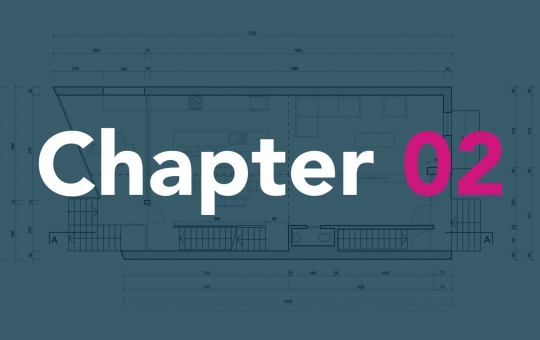 Second Chapter of the Blender 2.8 Interior Visualization Course will explain the methods and techniques of importing technical CAD documentation to Blender 2.8. 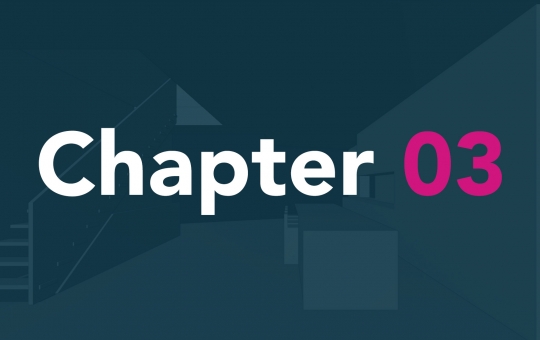 Third Chapter of the Blender 2.8 Interior Visualization Course will explain how to match a 3D camera with a reference picture and start 3D scene modeling. 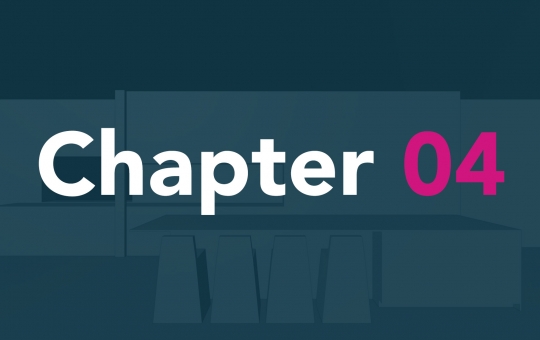 Fourth Chapter of the Blender 2.8 Interior Visualization Course will cover 3D modeling of main details such as windows, kitchen, and staircase. 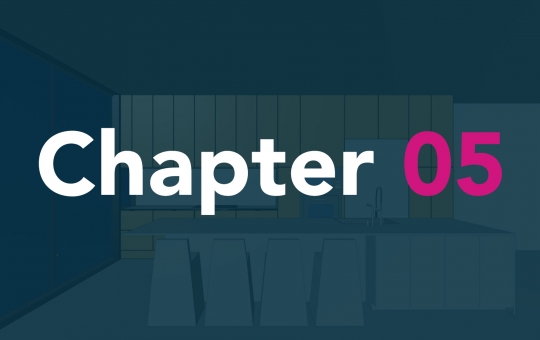 Fifth Chapter of the Blender 2.8 Interior Visualization Course will focus on 3D scene management and working with external 3D assets. 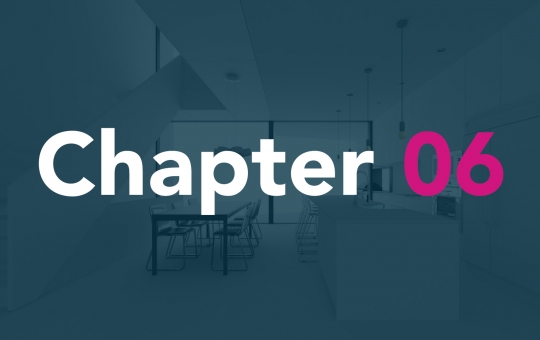 Sixth Chapter of the Blender 2.8 Interior Visualization Course will explain the basics and principles of realistic 3D scene illumination. 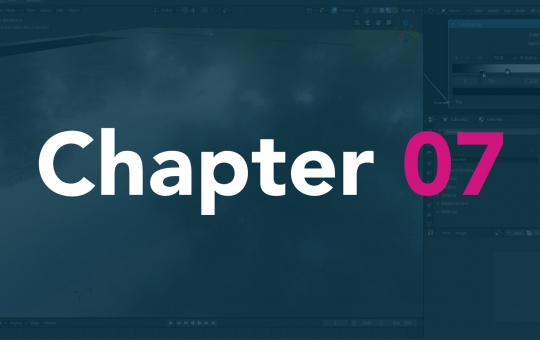 Seventh Chapter of the Blender 2.8 Interior Visualization Course will explain the material creation process for all the elements in the 3D scene. 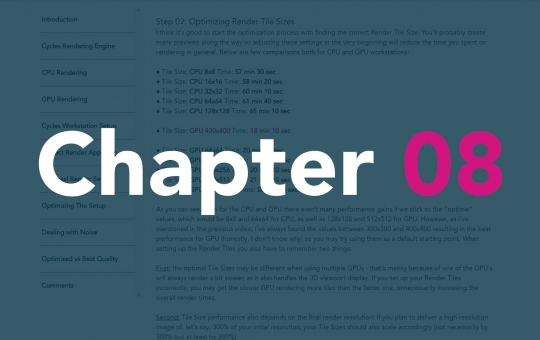 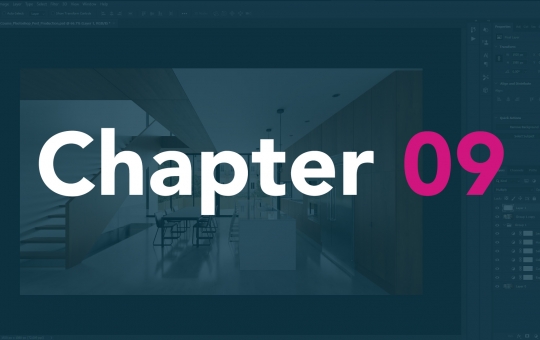 Ninth Chapter of the Blender 2.8 Interior Visualization Course will focus on the rendering Post-production - Tone Mapping and Color Correction. 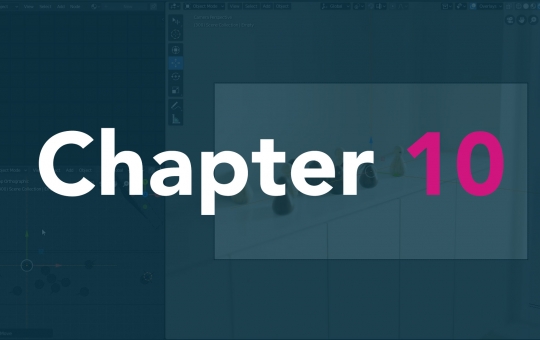 Tenth Chapter of the Blender 2.8 Interior Visualization Course will explain the basics and principles of camera motion and interior animation. 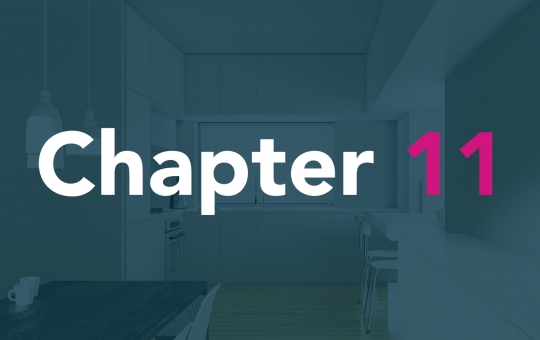 Eleventh Chapter of the Blender 2.8 Interior Visualization Course will explain the main principles of the Eevee rendering engine and its application to the interior 3D scene. 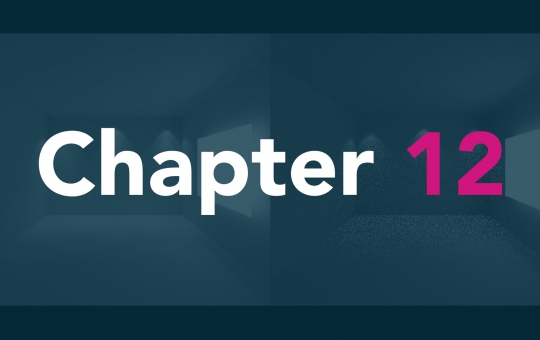 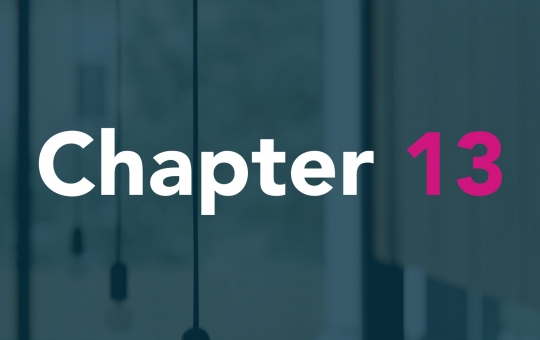 In this chapter, I'm covering all the important features introduced to Blender since I finished the core content of the Course. This part will also include some smart tips and tricks about the Denoiser and the new SkyTexture illumination system. 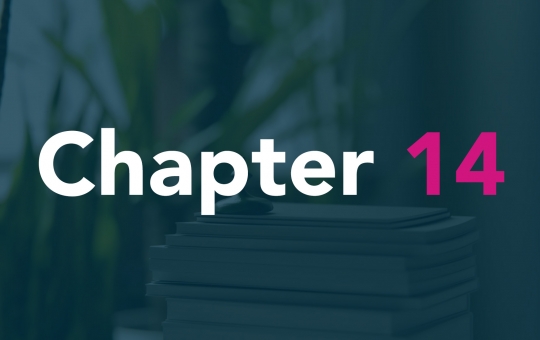 In this chapter I share more tips on how to achieve great post-production results using Blender Compositor. You're also able to download some of my extra commercial project files and post-production setups. Study, modify, and use them in your daily workflow! 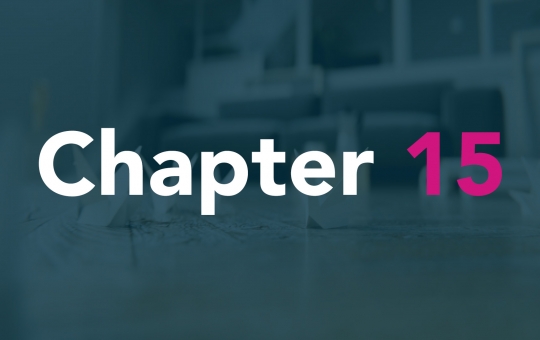